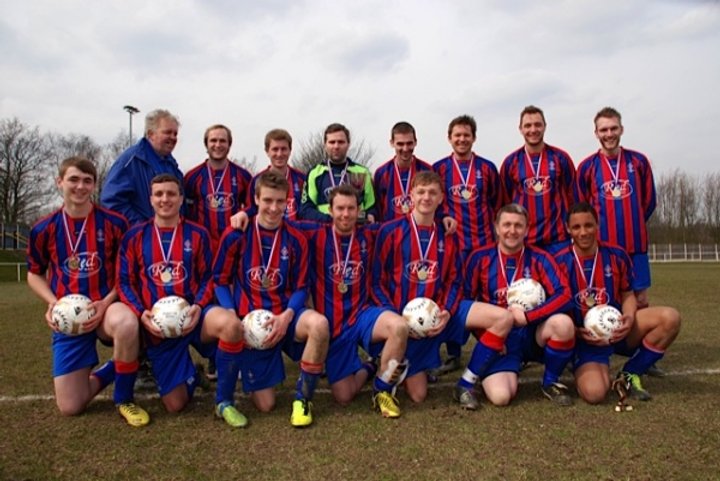 Thornes Reserves lifted the first silverware of the W&DSFL, thanks to a late surge of goals to overcome a battling Gardeners Arms outfit in this Division Four League cup final at Nostell Welfare ground.

Match referee Mick Leadbeater and assistant referees Patrick McTigue and Chris Nelmes made history by becoming the first match officials in 43 years of the Wakefield & District Sunday Football League by sporting a wireless communication link for this final.

At the other, Thornes skipper Stuart Wilson denied Arms the opening goal when he cleared a Sam Bell's goal bound effort off his line in the 19th minute as both sides rearguards were proving to be on top form.

The deadlock was broken in the 36th minute when a teasing cross from Andrew Hudson saw Lee Moffatt ghost in on the blind side to steer a header past the keeper to give Gardeners Arms a deserved lead.

However, in the dying seconds of the half, Arms were dealt with a severe blow with Thornes grabbing the equaliser when an Adam Kenyon cross was tapped-in on target by striker Alex Shaw to make it 1-1.

In the 47th minute, a ball over the Arms rearguard by Kenyon saw Steve Picken steal clear of his marker to head past the keepers reach to make it 2-1 to Thornes.

Arms retaliated briefly and saw a Moffatt effort beat the Thornes keeper Davis bot crash against the crossbar before being cleared off the line.

Thornes responded with three late goals through Picken (his brace), a screamer of a shot from substitute Tom Turner and a headed goal from Kenyon following an excellent cross from Miller.

The "Macronstore, Wakefield" man of the match award was presented to Thornes defender Jordan Ingham by league official Steve Mercer.

Super Sunday Mk 2  If at first you don't succeed...