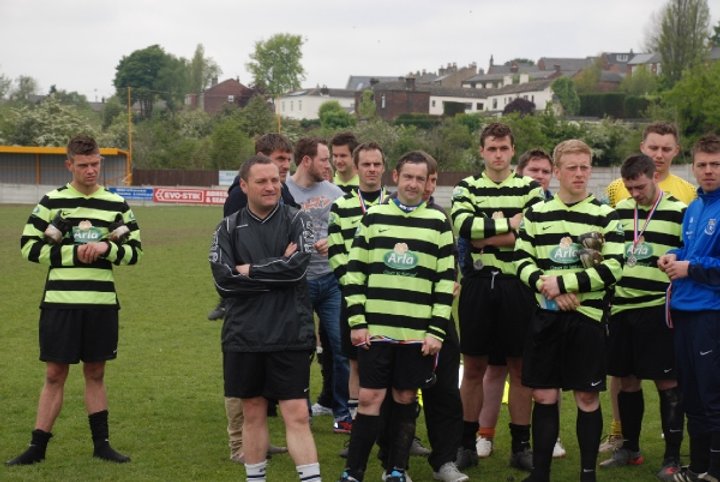 The League is sad to report that two top teams from the Premier League have been forced to fold.

Stanley United stalwart Adam Fox stepped down recently and the team never recovered from losing their talismanic manager.
It is a real shame as the team appeared to be taking great strides forward last term and were unlucky to miss out on silverware to the all-conquering Shepherd's Arms.

The Reserve team will continue in the League, with the Management Committee meeting early next week to decide whether to force the team to fulfil the first team fixtures or to carry on in their current Division.

Hemsworth United have also decided to call it a day after a barnstorming promotion season last year. With them returning to the top flight, I am sure that everyone was looking forward to some exciting local derbies at Welfare and Kinsley.

Secretary Andy Speight was hugely disappointed to have to walk away after lack of player interest led to the inevitable; "The lads just don't appreciate the work that goes into running a Club. We have new changing rooms, the nets are put up for them every week and some of them can't even turn up to play."

I am sure those words will resonate with many of us and we can only continue to work hard for the game we love and hope that the lads can be a bit more committed on a Sunday morning.

Stanley United (First Team ONLY) and Hemsworth United's records have been expunged from the League. Should the LMC decide to enforce Rule 10(F) and make Stanley Reserves step up to the Premier, the Results of the first team will be reinstated.