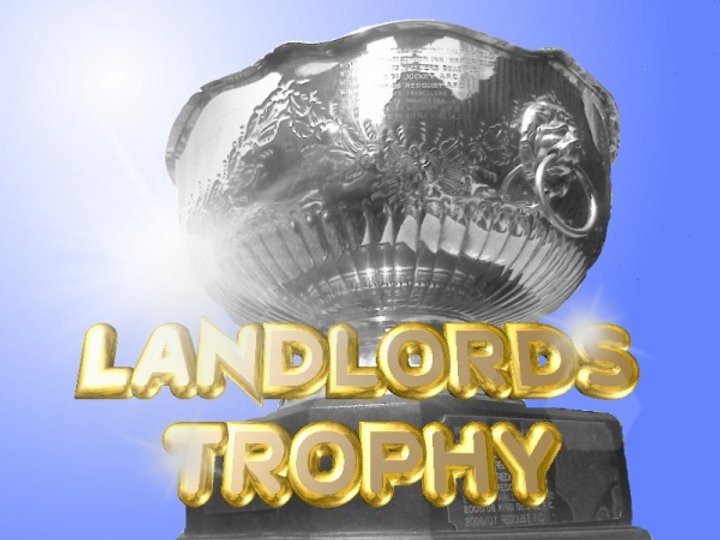 The long awaited final did not live up to exceptions thanks to both set of rearguard's who were on top form to deny any goal-scoring bonanza to conclude the climax game of the season.

Stanley created the first scoring opportunity in the 12th minute when a deep cross from defender Russell Gill at the far post saw midfielder Dave Ellis thunder his header against the woodwork before Shepherds Arms keeper Dan Payne was forced into a save. At
the other end, the trickery of winger Jamie Eyles paved an opening for Oliver Backhouse whose effort was touched over the bar by keeper John Murrell at the expense of a corner.

In a brief period of purple patch, Stanley's Mark Davis and the fan's favourite, Neil Foster went close following excellent passes from Dean Normington. However, the Horbury-based outfit poised a threat on the counter-break against the high line of the Stanley rearguard and saw Eyles put Steve Halstead clear but the latter failed to find target with only the keeper at his mercy.

The deadlock was broken in the 23rd minute when the ever dangerous Eyles floated a teasing ball into the danger zone which forced keeper Murrell off his line with Shepherds Arms striker Ben Njie waiting to pounce. Both players crossed paths and the loose ball fell kindly for Njie who steered the ball on target for a deserved 1-0 lead.

Stanley retaliated and saw a Russell Gill corner headed straight into the keepers arms by David Ellis before chances fell at both ends as half time approached. Sheps saw both Brandon Kayne and Luke Thompson go close while at the other end Steve Halstead denied Stanley the equalised in the 44th minute with a goal line clearance.

In the second-half, Stanley were struggling to make an impact as Sheps seemed to be comfortably in control. However, two master-stroke substitution by manager Adam Fox saw Stanley United's fortunes change. The introduction of substitute Steve Bettley on the hour saw him prove to be a handful forcing two noteworthy stops as his side grew more in confidence.

Twenty minutes from time, Stanley gambled with the withdrawal of defender Lee Ward and introducing substitute Steve Hartley into an attacking role and within two minutes both the Stanley United substitutes played a key part in their equaliser. Bettley's darting run and a forward pass drew a handling offence from skipper Luke Thompson and saw Hartley drive the resultant spot-kick home for the equaliser.

Both sides strove hard for the winning goal with both set of defenders proving their worth - Thompson shot wide from a clever Gill pass while at the other end Sheps defender Ryan Donoghue produced a brave goal line clearance to deny Stanley a certain goal. The tense drama continued with every inch competed for - a recovery challenge from Stanley defender Paul Shea denying Njie after being put through by Halstead with a mirror last-ditch tackle by skipper Stefan Holt denying Kayne as Shepherds Arms forced a late rally.

Stanley suffered a double jolt with the loss of striker Mark Davis with a hamstring injury in injury time and on the stroke of full time a serious leg injury to fullback Russell Gill saw extra-time delayed by 50 minutes for medical attention.

Gallant Stanley United played the whole of the extra-time with ten players as all three substitutes were used up. Thomas Jamieson (twice) and Dean Normington went close for Stanley with long-range efforts before Shepherds Arms grabbed the winner in the 99th minute. Eyles broke away on the left-flank with a surging run and his shot across the face of the goal saw Njie ghost into the box on the blind side of his marker to rifle the ball into the rood of the net for his brace and his sides winning goal.

Having already secured the Premier League Cup, Sheps were a third of the way toward a top treble, and cementing their reputation as a cracking cup team along the way.

With Stanley slated to face the Sheps in both the Seymour and Landlords finals, they could have had a double of their own, so there was everything to play for in this frantic final.

Sometimes when two top teams meet, they can cancel each other out and this game was no different. The spells of great flowing football were few and far between but both teams enjoyed some crunching tackles and jostling battles.

So, whilst the football on display would never be described as 'pure', there was plenty of old-school action to entertain the crowd.

Goals from Luke Thompson and Richard Hardwick put the Sheps two thirds of the way toward a treble with Stanley hoping to avoid a Groundhog Day scenario at the Landlords.