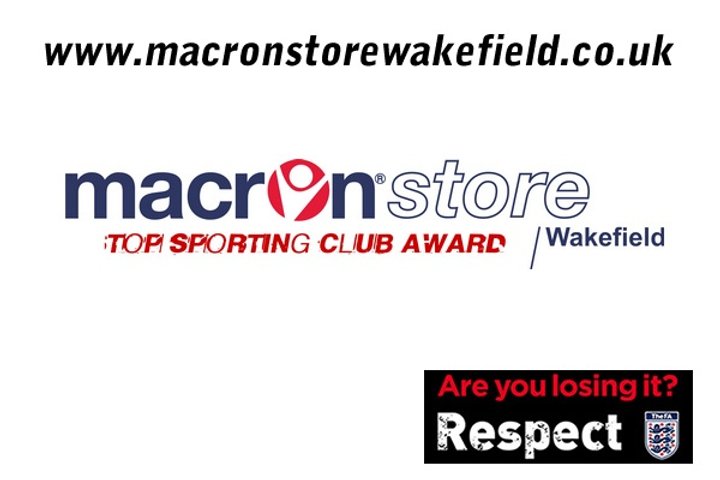 The Landlords Trophy has seen forty years of football and the fortieth was a cracker. For the first time in a long time a Division Four Club reached the semi-final stage of Sunday football’s version of the F.A. Cup.
Woodman cantered past Premiership Netherton in the Quarter Final to book a historic place in the semi against Stanley United. United proved too strong for the Outwood based outfit but to reach this stage of the League’s most prestigious trophy is a real achievement in itself.

A bumper crowd saw Hemsworth Miners Welfare progress past local rivals Hemsworth United in the tie of the quarter finals. Unfortunately for Hemsworth, the draw pitted them against perennial Cup contenders Shepherds Arms who eventually ran out 3-1 winners.

The Final kicked off on Sunday 29th April and didn’t finish until Sunday 20th May!
After record April rainfall, Ossett’s pitch looked good – all things considered – but persistent heavy rain made the surface dangerous and Referee of The Year, Mick Leadbeater called the game to a premature halt. Whilst frsustrating for the players, this was clearly the correct thing to do as serious injury can easily occur when the ball stops running correctly.

The replay was heading to extra time and in a cruelly ironic twist of fate, Stanley lost their talented midfielder due to a serious broken ankle with the last kick of normal time. I am sure that everyone will join us in wishing him the very best in his recovery and although the break was serious, with youth on his side, we hope to see him playing again soon.

As the ambulance left the ground, extra time was required to separate the teams and the Horbury outfit prevailed leaving 10 man Stanley to plan their assault on next season’s silverware.

The celebrations were respectfully muted due to the circumstances and there was a moment's applause to recognise the contribution and misfortune of the injured lad.

As the curtain comes down on an ultra-competitive season, there was plenty of thrills, spills and drama to talk about.

Fittingly, the Premier Division Championship was claimed by Redoubt in their final ever season. After 40 years of competing at the highest level, the League’s most successful Club claimed the trophy for the eleventh time in twelve years and retired from the competition.

The Club have been a real credit to the League over the years and have enjoyed success in every competition with perhaps the most notable achievement being claiming the West Riding County Cup against stiff competition in the 2004-2005 season.

The most open Premiership in decades saw seven teams enter March with a real chance of claiming the title and Hemsworth Miners Welfare were unfortunate to miss out by a single point. Alverthorpe and Kinsley battled for third and what a battle! Level on points, Alverthorpe had their strikers to thank after shading it by 3 goals.

Stanley United and Shepherds Arms entertained us all with two gripping Cup encounters – once in the Seymour Memorial Trophy and once in the prestigious Landlords Trophy. Sheps claimed both and made it a historic treble by adding the premier Division Cup to their haul against Kinsley Hotel in a 161 minute final. (The first tie was abandoned on 71 minutes due to a massive downpour!).

In the West Riding County Trophy, HD Sports deserved silverware for a momentous cup run that took them to Woodlesford for the Final. They took the tie to extra time and were undone by two great strikes on the counter to finish a very creditable runner-up.

At the other end of the table Netherton, Wagon & Horses and Outwood WMC found themselves facing the trapdoor and credit is due particularly to Wagon and Outwood who continued putting a team out and playing the game in good spirit despite only registering 11 points between them.

Had this been a World Cup, I think it is fair to say that this would have been called ‘the group of death’ with all participants either battling to avoid relegation or competing for honours until the last game of the campaign.

Hemsworth United and AFC Walnut finished on 34 points each at the top with Walnut just cracking it due to their goal difference – this title marking a meteoric rise peppered with trophies. Hemsworth were doubly unfortunate, particularly as a rule change this term meant that goal difference became a deciding factor for the first time rather than a play-off.

Hall Green United took the third promotion slot in the first season back with the League after a 5 year absence. FC Pot Oil avoided relegation by two points but in true giant-killing fashion turned over the League Champions to claim the Division One Cup.

With Fleece and FC Sandal calling it a day, only Stanley United Reserves will be playing Division Two football next term.

Having been promoted by an extra division on a ‘wild card’ due to their performance in their Division last season, Crofton proved the experts right by adding the League Cup to their tally and hanging on for promotion as champions.

Field Lane took the third promotion slot for a swift return to the first Division, where they hope to avoid recent seasons’ ‘yo-yo’ Club tag.

With Fleece first team having decided to call it a day, the Reserves go up and will be known as Fleece again – so it’s a promoted team with the same name as the relegated team which folded. Simples.

It was squeaky bum time again for Crown Scissett as they narrowly escaped the drop for the second successive season by a slender 2 points. Stanley Graziers were consistent to say the least after a perfectly symmetrical home and away record. Thornes will be happy with a mid table after a season of hard work off the pitch and big plans for their Queens Drive ground.

Almost alphabetically, the trapdoor botherers were Wakefield Athletic ‘A’, Waterloo and Walton. Perhaps a name change next season to something starting with ‘A’ might help?

Into real ‘new team’ territory now with half of the fourth tier consisting of new teams this campaign. Greenhorns Comrades took the honours with a comfortable 10 point margin over fellow debutants New Sharlston Welfare leaving Carr Gate to fend off King George Reserves for the third promotion spot. This Division was so tight that Peacock avoided relegation by four points and, with one more victory and the right results around them, could have gained promotion! Grey Horse more than held their own after promotion last term and should be happy with a strong season which should serve as a strong foundation for future success.

The third Division also provided both finalists for the Supplementary Cup after excellent semi-final performances from Peacock and Comrades saw them progress at the expense of much fancied Woodman and King George reserves.

A gripping end-to-end final ensued with Peacock creating but failing to convert and Comrades eventually running out 3-1 winners.

In the dropzone, Thornes Reserves and Wrenthorpe Rangers Reserves will be playing Division Four football next season. It is worth noting that, despite only gaining 1 point all season, the Wrenny lads kept turning out and playing the game in fine spirit.

There are no rules preventing players from moving Clubs in the summer and some shrewd recruitment in the early season saw Woodman assemble a title winning side.
New boys Wakefield Football Centre were not content to settle for second and pushed the Outwood side every step of the way, narrowly missing out on the Championship by a single point in a titanic season-long struggle for superiority.

Travellers enjoyed a resurgence of form this season and a fine home record secured promotion in third.

The Cup Final was not a classic but Woodman did what was necessary in a scrappy affair and bagged a double in their debut season after firing four past a tired Wakefield Football Centre.

In its first year as a pilot project, the Top Sporting Club award saw a great many teams address their on and off pitch match day conduct. There were too many positives to mention here, but perhaps, most notable was Outwood WMC heading the table in the mid season despite a tough year on the pitch. Well done fellas – you are a real credit to your Club and the League.

In the end the Top Sporting Club award went to Stanley United who gratefully accepted their prize to travel to the macronstore Wakefield and design a new kit for themselves courtesy of the sportswear firm.

Director of Macronstore Wakefield, Andrew McNeil was delighted to present the award and the league would like to offer sincere thanks for this generous sponsorship.

The League intends to continue to work closely with Andrew and Macronstore Wakefield and form a long and rewarding partnership.

If you are thinking of getting a new kit for next season why not give Andrew a call for a top kit at a great price!

Congratulations to all the winning teams, commiserations to all the beaten finalists and runners-up and a genuine WELL DONE to everyone in making this a fantastic, open and competitive season that was a real joy to be a part of.

Whilst the players jet off on their summer hols, rest assured, the League is working hard to improve your competition for you and hopefully next season will be even better than this one!

Negotiations are ongoing with WMDC in the hope of agreeing a fair fee and level of service in terms of pitch hire.

New teams are applying so next year should be fresh and interesting.

The LMC has some great plans for the future and it has never been a more exciting time to be a part of Wakefield & District Sunday Football League.

I look forward to seeing you all at the Annual General Meeting on Wednesday 27th June 2012. 7pm start at Alverthorpe WMC.